As the capital of Brandenburg, Potsdam has long wanted to build its own theatre. Now, the Hans Otto Theatre, designed by Gottfried Bohm, has opened in Potsdam.

Described as a 'pagoda', a 'lotus' or even a 'wrinkled hat', it will be celebrated over the weekend and followed by five performances over the next three days, with a visit from German President Horst Köhler.

Uwe Eric Laufenberg, head of the theatre, reveals that the 2006-2007 programme is neither short-term fashion plays nor all traditional plays.

Potsdam, not far from Berlin, has always wanted a new theatre, as the city has not had a new one for 211 years. In the past 60 years, the performance of plays can only be accommodated.

The €26 million ($33 million) theatre is situated on the lake shore and can be accessed by boat or from Schiffbauergasse Street in the cultural heartland. A native of Cologne, Gottfried Bohm is the only German to have won the Pritzker Prize. His work is on display at the German Museum of Architecture in Frankfurt, where the exhibition runs until 5 November.

Bohm says the 484-seat Hans Otto Theatre was inspired by his travels to Asia and the theatre's layered and pagoda-like shape expresses this. He was not completely free with the design, however, he had to incorporate an iconic gas station on the site.

In fact, the theatre is not entirely finished. Built mainly of glass and steel, the theatre is not acoustically suitable. Experts are reducing the reflections in the concert hall to 1.4 seconds. But with the lake and Babelsberg Castle at its back, the experience in the theatre will not only come from the stage but from the beautiful surroundings. 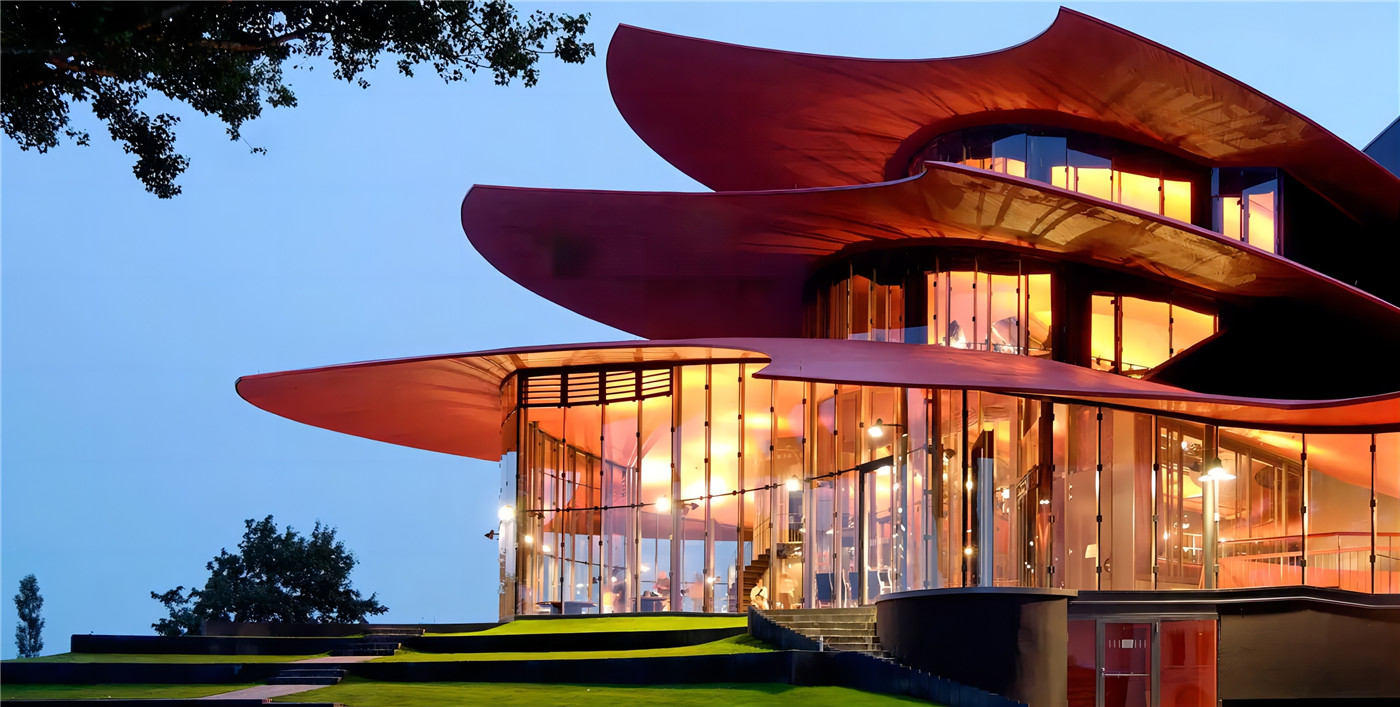